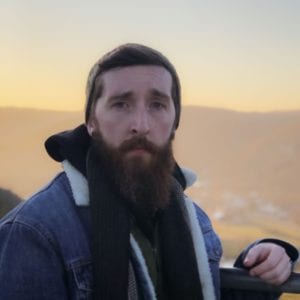 Rory Prine is a graduate of Kansas State University in Manhattan, Kansas, where he received both a Bachelor of Arts in Anthropology and a Bachelor of Arts in Modern Languages. During his time at Kansas State University, he participated in an academic year abroad at the Justus-Liebig Universität in Giessen, Germany.  Following the completion of his undergraduate studies, Rory was awarded a Fulbright English Teaching Assistant Grant, where he traveled to the Gymnasium Fallersleben in Wolfsburg, Germany and provided instructional English-language support for secondary school students. He then returned to the United States and received a graduate assistant teacher position at the University of Arizona, where he instructed German-language courses from the beginner to immediate level. During the summer semester of 2018, he was a program instructor for the University of Arizona’s Summer Study in Leipzig, Germany program, where he instructed undergraduate students in advanced German-language classes at the Universität Leipzig in the city of Leipzig, Germany.